When it comes to crop production, soil fertility is a crucial factor that landowners must consider. Typically, if the soil on your land is rich in nutrients, you can call it fertile. However, do you know that several factors favor soil fertility and productivity? One such important reaction is cation exchange.

Let us get started!

Before we move ahead and tell you what cation exchange capacity in soils is and what role it plays in determining the soil quality, you must know about several terms like cations, acid and base cations, colloids, exchangeable cations, etc. Let us see what they are!

When it comes to CEC, it measures the ability of the soil to hold cations with the help of electrical attractions. Now, do you know what these “cations” are? If not, fret not. We are here to help you out. These are nothing but positively charged elements present in the soil. For representing a cation, you write its element symbol first, and then, you need to put a + sign next to it to indicate the positive charge.

Further, the more the number of positive charges next to an element symbol, the more the amount of charge it possesses. Some examples of these cations are as follows:

Here, K, Na, Ca, Mg, Al, and H are the element symbols for Potassium, sodium, calcium, magnesium, Aluminum, and hydrogen respectively. The + sign next to these elements is the amount of charge these positive ions (cations) carry. Also, all these cations mentioned above are the most abundant exchangeable cations that are present in the soil.

What Are Acid and Base Cations?

K, Na, Ca, and Mg cations are also known as Base cations as these elements belong to groups 1 or 2 of the periodic table. That means that if any of the alkali metals or alkaline earth metals have a positive charge next to them, they are base cations. The deposition of base cations like Na, K, Ca, and Mg can also have an impact on the soil surface pH.

Unlike K, Na, Ca, and Mg cations, Al, and H cations are acid cations. However, just like base cations, these too can have an impact on the soil surface pH. Let us say that you have a soil sample in which the soil particles have a lot of acid cations. Such a soil type will have a low pH value. On the other hand, if this soil has soil particles with a lot of base cations, it will have a high pH value and will be highly alkaline

This is made possible when the positive ions present in the soil compete among themselves to get a spot on the Variable Exchange Capacity or cation exchange capacity. Since all the positive ions are different in terms of how strongly they are held and attracted, the ones with strong forces of attraction manage to gather this spot. Typically, the decreasing holding strength order with which soil particles hold cations is as follows:

All the cations in clay and humus are held by negatively charged particles. These are colloids. They can hold enormous quantities of cations due to their large surface area. Colloids, thus, also play a role in how clay and humus form. Further, these thin and flat plates act as a storehouse of nutrients that are then absorbed by the plant roots.

Then, as plants take up the nutrients in the form of cations, new ones in the soil water take their place on the colloid. When it comes to the capacity of colloids to hold and exchange cations, it all depends on the strength of the negative charge they carry. Further, due to cation exchange chromatography, if there is a concentration of one kind of cation in the soil, they force other cations off the colloids to take their place.

What Are Exchangeable Cations?

Exchangeable Cation is the final term we will discuss before finding out what cation exchange capacity in soils is. If you look at the Clay history, you will know that it has been used for ages for making ceramics and pottery. It is because this soil kind has numerous exchangeable cations that can be replaced by other cations. All the clay mineral and organic matter present in soil kind have negatively charged sites on them.

Through these sites, they can adsorb and hold cations using electrostatic force. Now, having these positively charged ions is critical. It is because the crucial nutrients in soil like magnesium, potassium, and calcium exist as cations. Typically, if a soil kind has a great amount of negative charge, it will be more fertile as it will be able to hold more cations (nutrients).

What Is Cation Exchange Capacity in Soils?

After all the above terms, let us find out what cation exchange capacity in soils is. In simple words, this term is an excellent indicator of soil fertility. It is because it represents the ability of the soil to hold and supply important plant nutrients like calcium, magnesium, and potassium. Before we move on to discuss how the CEC is measured, and what to do with that information once you have it, let us discuss CEC a bit more in detail.

As mentioned in the earlier sections, the clay and organic matter particles present in any soil have cations that can be replaced by other cations (exchangeable cations). Let us say that a soil sample has potassium, calcium, or hydrogen ions. All of these can be exchanged with each other.

What Is Percent Base Saturation?

Typically, the soils that have a high percent base saturation are more fertile. Here are some reasons for it:

What Is the Significance of Percent Base Saturation and Cation Exchange Capacity in Soils?

When it comes to fertilization and liming practices, CEC and BS can help significantly with it. If your soil has high CEC and BS, it has the capacity to retain more nutrients as compared to soil with low CEC and BS. Keeping this in mind, you will know the kind and quantities of fertilizers needed for the soil to yield more results.

For instance, if you apply large quantities of fertilizers in a single application to a patch of sandy soil and clay soil, this is what will happen. In the case of sand soil, loss of nutrients can occur via leaching as it has low CEC and BS. On the other hand, the nutrients that go into the clay soil type are less likely to be lost in this way.

How to Measure Cation Exchange Capacity in Soils? 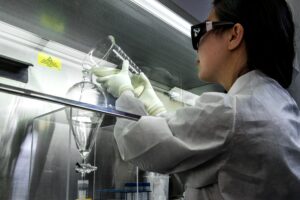 Now, let us move on and find out how to measure cation exchange capacity in soils. To measure CEC, various laboratories use different methods. For instance, one laboratory can measure CEC directly while the other can use bases for it. They can further have contrasting results (It will depend on the fraction of soil measured).

Generally speaking, most researchers measure CEC on a fine earth fraction. The size of soil particles in this fraction needs to be less than 2 mm in size. Further, for gravelly soils, laboratories dilute the effective CEC of the soil as a whole and analyze only the clay (fine) fraction of it. In such a case, the value of CEC can come out to be higher than the real field values. Further, when measuring CEC, you need to first wash the soil.

The purpose of doing so is to remove excess salts. Then, use ‘index ion’ to find out the entire positive charge in comparison to the actual soil mass. For this, you also need to bring the soil you have to a predetermined pH before the beginning of the analysis. Rengasamy and Churchman (1999) and Rayment and Higginson’s (1992) methods are quite popular for measuring CEC, as well.

What to Do After Knowing Cation Exchange Capacity in Soils?

This is the part where we will tell you what to do with that information once you have CEC of the soil on your land. Generally, CEC varies depending on the soil type. If you have humus (it is the end product of decomposed organic matter), its CEC is very high. It is, in fact, the highest of all soil types due to organic matter colloids in it that have great quantities of negative charges on them.

Now, since humus has a very high CEC value, you can readily add it to your low CEC soil to improve its fertility. For those who are not aware, when compared to montmorillonite clay, humus has two to five times greater CEC value than it. On the other hand, its CEC value is 30 times greater in comparison to kaolinite clay

Another soil type that has an excellent chemical structure and a great capacity to attract and hold positively charged ions is clay. That being said, the CEC value of this soil also depends on the type of clay you are using. For instance, if your land has chocolate soils and black puggy alluvials, it is rich in montmorillonite clay with high CEC.

On the other hand, if chernozem soils are present on your land, these have heavily weathered kaolinite clay that has the lowest CEC among all clay types. Another clay type that has a comparatively low CEC value is the less weathered illite clay. You can readily add organic matter to these soils to improve their low CEC values.

While most soils have some amount of clay and organic matter to them, one varied soil kind is sand. If your land has sandy soils, it means that they cannot exchange cations. It is because this soil type has no electrical charge, and therefore, has very low CEC. In such a case, the best you can do is add organic matter to your sandy soil to improve its fertility. 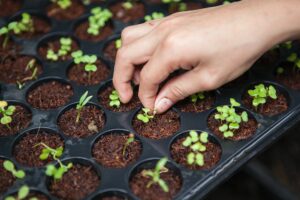 We hope, by now you know what cation exchange capacity in soils is. To sum it up in simple words, it is the total number of exchangeable cations that a soil can hold. Due to this, it has a significant effect on the fertility of the soil. However, what if the CEC of your soil is low? Can you improve it in such a case? The answer is simple. You can!

Adding organic matter to your low-CEC soil is the most effective way of doing so. Alternatively, raising the pH of weathered soils using lime is a great solution. The only thing you need for this is to measure the CEC of your soil. Once done, fertility management is sure to become super simple for you. 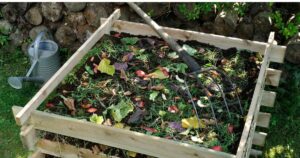 What is Compost : Types and Interesting Uses 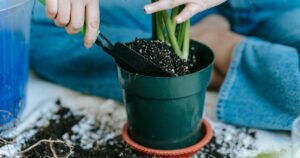 What is Potting Soil : Interesting Facts That You Should Know 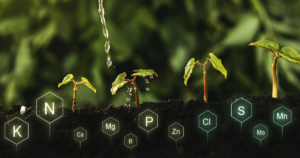 How To Add Nutrients To Soil? 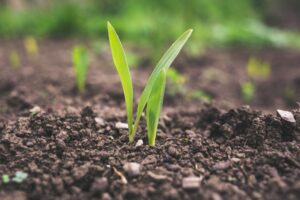 The Function of Soil Minerals and Trace Elements in Soil, Plant, Animal, and Human Nutrition and Health: A Complete Guide 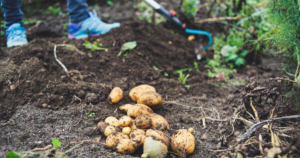 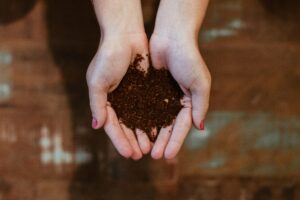